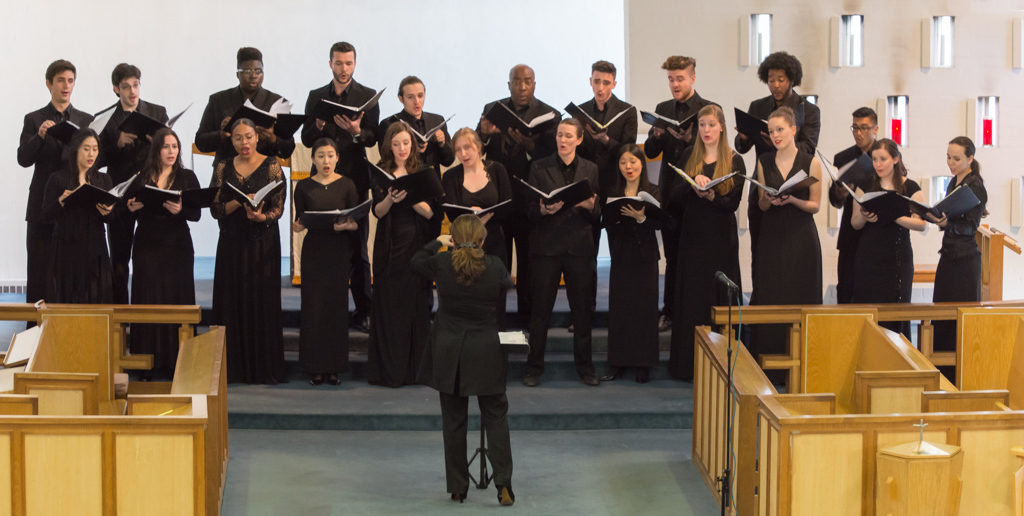 The Church of St. Andrew was thrilled to welcome the York University Chamber Choir under the direction of conductor Dr. Lisette Canton for our annual spring concert on Sunday, April 26th.

The choir performed several shorter pieces, most of them from the Christian tradition, over the course of their 80 minute performance. The repetoire was arranged from oldest to newest, which gave listeners a wonderful sense of the sweep of choral music in the West through the past five hundred years, and Dr. Canton's short introductions to each piece helped even those new to these pieces to understand what was being enjoyed.

One highlight was hearing the piece, "A Canadian," composed by a member of the choir, Joannie Ing, who is pursuing her Ph.D. at York. The lyrics were taken from a poem by F.G. Scott, a Canadian who served in World War I, a reflection on Canada's involvement in that conflict.

The choir's accompanist was our own Ted Moroney, our organist and choir director here. It was terrific for our members to see him wearing one of his (many) other "hats."

Following the concert was a reception, with refreshments provided by several members of our church and organized by our hospitality team.

The concert served as a fundraiser both for our own ministries in the church, and for the choir themselves, who are shortly leaving for a European tour.