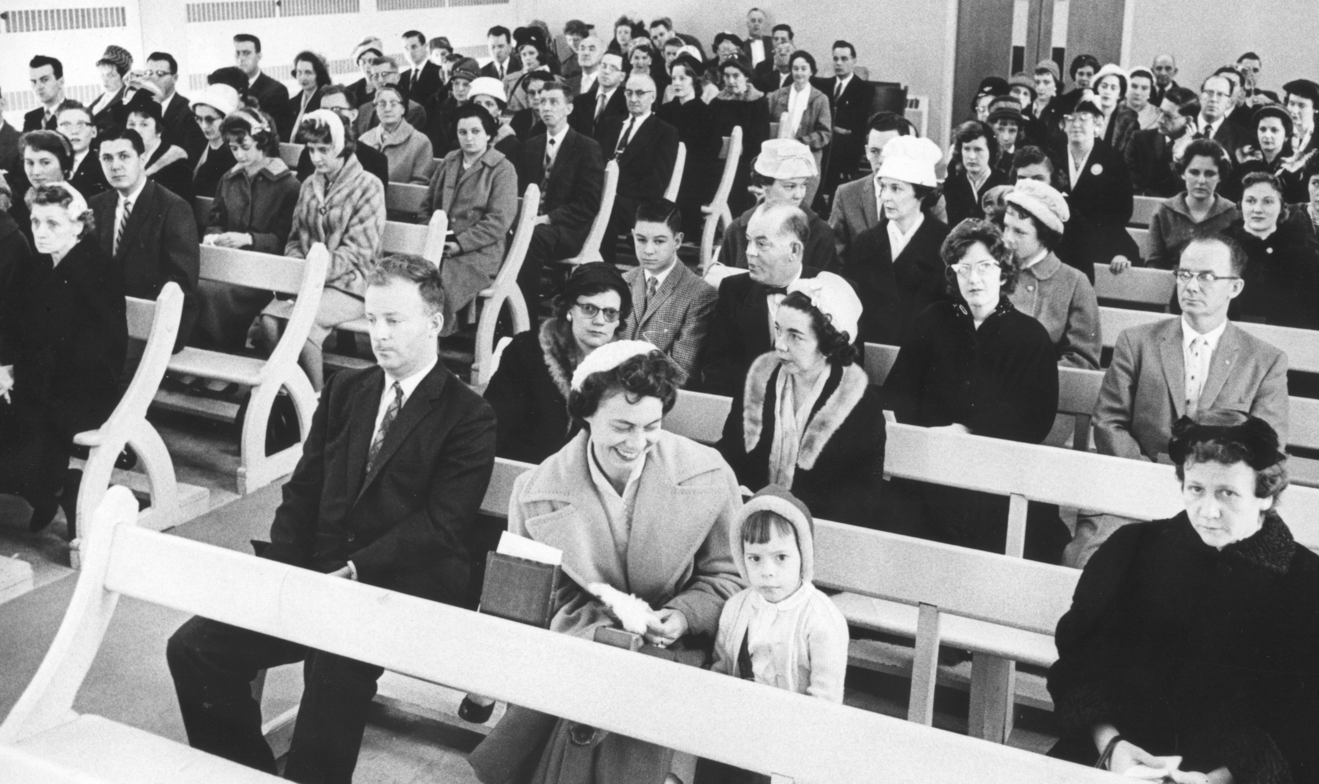 When the Rev. R. L. McLaren, Rector of St. Jude's, Wexford, proposed the need for a new church to be established north of Ellesmere Avenue to serve the growing Scarborough community in 1954, Victoria Park was still a two-lane highway with ditches on either side and a farm to the west, Plans for a new church to be called The Church of St. Andrew were soon approved. In 1956, aided by Archdeacon Walter Gilling, Diocesan Director of Church Extension and by Mr. A. B. Cairns, the principal subdivision builder for the area, ten lots on the corner of Terraview Blvd. were chosen, and a portable church was erected. The portable came from St. Patrick's, Newtonbrook. The first service was held on October 28 of that year with the Rev. McLaren officiating. One hundred and four communicants were recorded as receiving the Eucharist on that day, which the parish regards as its official beginning.

In January of 1957, the Rev. S. Duncan Abraham was appointed Priest-in-Charge. He was to become the parish's first Rector. Under his leadership, a campaign was initiated to raise $75,000 for a permanent building. A little over a year later Bishop George Snell laid the cornerstone of the new church. The first phase was completed in September 1958 and was dedicated by Bishop Fred Wilkinson. A friend of the parish, artist Max Moffett, donated the sculpture of the fisherman which hangs on the wall of the Sanctuary. The second phase, an extension to the west end of the church, was completed in 1961 at a cost of $80,000. At that time there were 700 families on the parish rolls.

The Wicks organ was installed in 1964, one year before Canon Logan Varey was appointed Rector. Canon Varey served the parish for twenty-four years. In 1983, the new Christian Education Wing was completed at an estimated cost of $250,000. It was dedicated on December 11th of that year by the Most Rev. Robert Seaborn, Bishop Ordinary to the Canadian Armed Forces and the retired Archbishop of the Ecclesiastical Province of Canada.

In 1990, the Rev. Joan Waters-Garner became the Incumbent, and one of the changes during her time with us was the introduction of the contemporary-language worship of the Book of Alternative Services. Upon her retirement in 1995, Rev. Waters-Garner was succeeded by the Rev. Canon William Kibblewhite, who was with us until his retirement in 2007. The Rev. Canon Heather McCance became our Incumbent in 2008.

Over the years the parish has been well served by a number of assistant curates, newly ordained clergy just starting out in ministry and completing their training with us. One of those curates was the Rt. Rev. Victoria Matthews, who today is Bishop of New Zealand. The parish has also been blessed with the leadership of outstanding musicians and, not coincidentally, has maintained a superb choral tradition.

St. Andrew's is a warm, welcoming parish that has served the communities of north-west Scarborough and north-east North York for fifty years. Originally most of our parishioners were of European descent. Now we are one of the larger multi-cultural parishes in the diocese. Many of our parishioners have their roots in the West Indies, and an increasing number hail from south Asia and from Africa. This wonderful cultural diversity has brought a great richness to the parish. Our parish family represents a wide variety of heritages melded together by a faith that encourages warmth, affection and support among its members and which has been characterized by faithful service and witness on the part of our parishioners. That is reflected in our Mission Statement which is, "To love and worship God as one family in Jesus Christ; to extend this love into Christian action in the community."