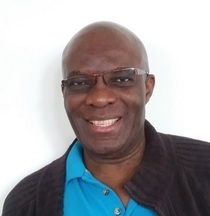 Canon Donald has been a priest in the Diocese of Toronto since 1989. As a young deacon fresh from seminary, he worked in the Diocese of Belize in Central America. He was made a priest in 1985 in Belize. After leaving Belize, he returned to his home diocese of The North Eastern Caribbean and Aruba to his native island of Antigua.

Since January 2019, Canon Donald has been the incumbent at the Church of St. Andrew Scarborough.

Canon Donald grew up in the youth ministry movement in Antigua and likes working with young people. He has dedicated a good chunk of his ministry to supporting young people, and youth ministry is still very important to him. Canon Donald also enjoys pastoral ministry and like meeting and getting to know his parishioners. He likes gardening and hopes to own a Mini CooperS someday.